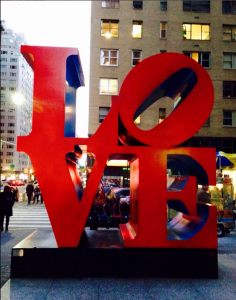 It started out as a nasty, ragged, irritated darkness under the floorboards of my soul, accompanied by a sadness; the events in Charlottesville and the various spins on it were so unconscionable, so troubling to me that I had to stuff it back where it couldn’t interfere with my job.  It festered there, untreated and undealt with.  Trying to go about my life with the stench of that raging sore spot gnawing at me was getting impossible.

But I did.  The pain and the outcry from my brothers and sisters was like listening to the death throes of the country I love, but I managed to sublimate—externally, at least—and muster through this tour of the southern U.S., surrounded by Duck Dynasty T-shirts and NRA baseball caps.

Then it started to occur to me that America, as the great democracy I know and love, may well be a thing of the past.  I’ve been looking at the causal roots of our problems:
Two generations of Americans with very little education; the surreal specter of people deliberately embracing a tenet of willful ignorance; contempt for college education; and—astonishingly—the inexplicable distrust of science that the church has succeeded in fostering.  No mean feat that, in this day and age…one has to respect the gullibility, blind dedication and sheer faith required to accept anti-science ethos, conveyed via scientific means in a science-based civilization.  Well done, lads.

And it occurred to me that, in a climate such as this, how are we to get America sufficiently educated to once again self-govern?  Or can we?  Is it done?

Then it further occurred to me that the fierce patriotism I feel for this, the beloved country my—our—ancestors have worked and fought so hard for, might be more for The Great Democracies than for the U.S. specifically.  “Is it possible”, I asked myself, “that I could abandon my beloved country for another—and not abandon my honor?  Is it possible to reason such, or do I rationalize?”

Since Charlottesville, I’ve been seriously entertaining notions about Canada.  It’s not exactly a new idea, since I love the Canadian Rockies, but the idea moved into the foreground because of recent events here in the U.S.  Mind you, I allow myself no bullshit platitudes:  This would be running away.  Turning my back on my country in her hour of need.  The country my Dad and Mom fought so hard for, that I’ve worked so hard for, that my Daughter serves for…America.  After all that—after the Revolutionary War, the Civil War (evidently not over), after we (ostensibly) quashed nazism in WWII, after the Suffragist Movement, after the Civil Rights movement, the Labor Movement, after ALL of it—turning my back on the U.S.A.

The words of Leonard Cohen come to mind: “Reaching for the sky just to surrender.”

In defense of the notion, I’ll grant that things in U.S. politics and culture are so bad that you probably regard the thought of someone moving to Canada as neither unreasonable nor untenable.  It’s not for everyone, perhaps—but you can probably understand it.

And then: I thought of Dad.

My Father, the greatest man I’ll ever know, was a professor of Public Administration.  He quietly had some important influence on (among other things) American Public Education; his knowledge of democratic government and the philosophy that drives it was second to none in my experience. Dad said something very important to me once, which has some bearing here.  The subject was a redneck license plate, popular in the 1970s, that said:
“America: Love it or leave it!”  Dad spared no malice in his condemnation of that sentiment.  He called it “The most un-American tenet there could possibly be!  It should read, ‘America: Love it or CHANGE it!'”

But I’m trying to reconcile my duty to country with my growing confidence that the U.S.A. has had it…that after two generations of anti-spending on education, she’s finally become too ignorant to rescue.  And it’s not that I don’t love America; it’s my fellow Americans.  They tend to make me want to live in a log cabin in a very remote wilderness.

So there I was, on tour through the south during all this upheaval—feeling keenly the contrast between me and the cultural pathos around me, badly in need of some reason or some way to believe in The Possibility—when against this backdrop, Lady Fate threw me a lifeline:  Veronica, the love of my life, brought a song to my attention.

At the moment, it was half an hour before downbeat.  I was backstage (a trailer at the Missouri State Fair in this case), hiding from the heat in very cramped quarters with my bandmates, doing what all professional musicians do in preparing for a show:  surfing facebook.  There, posted by my love, was a link to a Pentatonix remake of Imagine, perhaps John Lennon’s magnum opus.

Voted the greatest song written in the 20th century, I’m hardly a stranger to it.  But under these particular circumstances, the song—a broken stream of tinny noise emanating from my single cell phone speaker as I sequestered myself behind a door to listen—may as well have been a golden voice from the sky, the very lifeblood of Love its very self.  It hit me pretty hard.  I was able to surrender myself to the truth.

Through the course of my listening to their splendid production, I realized several things:

A) The number of Americans who Love is far, far greater than those who hate, and America’s capacity to Love has always been, and will always be, stronger than her hatred;
B) This horrible specter of nazism and white supremacism, as hard to believe and troubling as it is, is perpetrated by a very small percentage of who We The People actually are.  We threw it down in Europe in the forties and here in the sixties.  We shall overcome again;
C) As Dan Rather points out, “America’s darkest days have always, ALWAYS been followed by her finest hour”; and
D) As Nelson Mandela and my Dad said, people aren’t born hating.  They have to be taught.  And if they can be taught to hate, they can be taught to love.

And guess what?  I got it.  For the first time since Charlottesville, I felt stronger than that festering, oozing sore.  I was able to look at my fellow Americans with a level eye and a peaceful smile, both inside and out.  I played an impromptu instrumental version of “Imagine” during my little solo moment in the show (the only time I can go off-script and just be) and it went seamlessly into my delivery of the Star Spangled Banner.  The two songs are a poignant combination, given circumstances.  It gratified me to see that it was well-received.

We’re gonna get through this, people.  We’re gonna be alright.  But not by watching, not by facebooking…we’ll have to organize and mobilize in a realistic way.  Political activism doesn’t really happen online.  We’ll work best and most effectively through the legislative, the judicial, and on the streets.  And through teaching.

There are one hell of a lot of very fine people in this country.  What the hell was I thinking, letting a few Nazi assholes disturb the way I feel about my USA?  Love will indeed conquer hate.

America.  Love it or change it.

2 thoughts on “AMERICA: LOVE IT OR CHANGE IT”