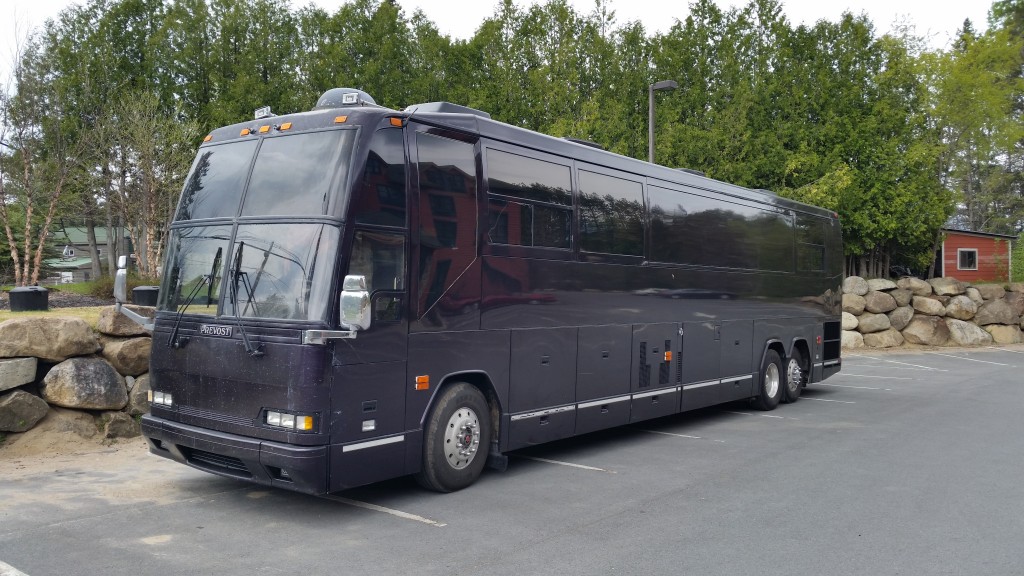 The tour bus grunts away from home with six musical cretins and enough instruments and gear in the belly to start a revolution…baggage of every metaphorical ilk is onboard, along with food and emerging hierarchies as I familiarize myself with the band. I’ve stowed my stuff and food without running afowl of any turf wars, heard the inevitable “rule number one on the bus” speech…a tenet with which all musicians are familiar and the violation of which, as of this writing, I believe myself to be the solitary remaining one who’s innocent. I’m the new guy; for the others this bus is a long-standing second home, where they spend more time than they do with their families. They all drive, they all have good familiarity with The Machine and they’re a solid team.

And they know how to put in the miles; it’s late Tuesday afternoon as we pull away from Ontario, CA…the first gig of this tour is in New York on Friday.

Cali, Nevada, Arizona and Utah all blur by outside as The Machine is kept going while we all take breaks, relieving ourselves, eating, stretching, napping, switching drivers every four hours. We pull off somewhere and nap a few hours in the middle of the night, but the generator’s drone is vibrating my dental work loose…in the morning, I’m halfway to the zombie state I expect to achieve by Friday, but Wyoming and transfixing views spilling by through the picture windows does a lot to restore my energy. Then Nebraska and a splendid nighttime fireworks show from Ma Nature as we power through a large band of tornado-wielding super cells…then Iowa, Illinois, Indiana, Ohio…I’m experiencing what marathoners and other endurance athletes call relentless forward motion, except I’m not burning a single calorie. I’m sitting on my butt for durations that can only be described as injurious.

Preparing coffee, tea or food on board is a fine dance that breaks the monotony, requiring a mix of balance, dexterity, invention and prescience for what the road is about to do…the floor and the walls are alive at all times.
The coffins are 22 inches tall and cleverly disguised as bunks, but I know better. Surprisingly, I discover that I not only fit, but that it’s pretty comfortable in there. By the second week, I’ve switched coffins with the drummer so I’m not over the generator…hey presto, I’m sleeping on the bus. I’m getting sucked into The Machine…there is a tangible feeling of assimilation.

The Machine does its part in The Greater Mechanism, the band and everyone in it doing theirs, along with agents, venue staff and fans. A piston goes down, sucking in fuel, I play the right note at the right time, the soundman moves a fader, a phone rings and another gig gets booked over a year away. The Greater Mechanism has been built over 20 years by the band members who own it; it’s now a perpetual dance feeding its own perpetuity…pistons, gears, wheels…phone calls, notes, load in, soundcheck, eating…all components moving in precise accordance with their scheduled roles, propelling us all into the future on time, laying down a highway paved with bookings so that The Machine doesn’t run out of road. Valves in the engine, valves in our amps, valves in our hearts. We feed and obey The Machine; it feeds and obeys us. The Machine and The Greater Mechanism will continue their reel together across the American dance floor with all due diligence and obedience until the wrong valve inevitably fails; in the meantime, now and then, a component asking who the hell shat on the bus.

Of Race Horses and Apple Carts 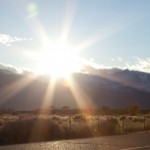 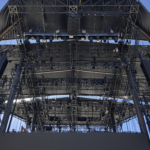 Of Race Horses and Apple Carts