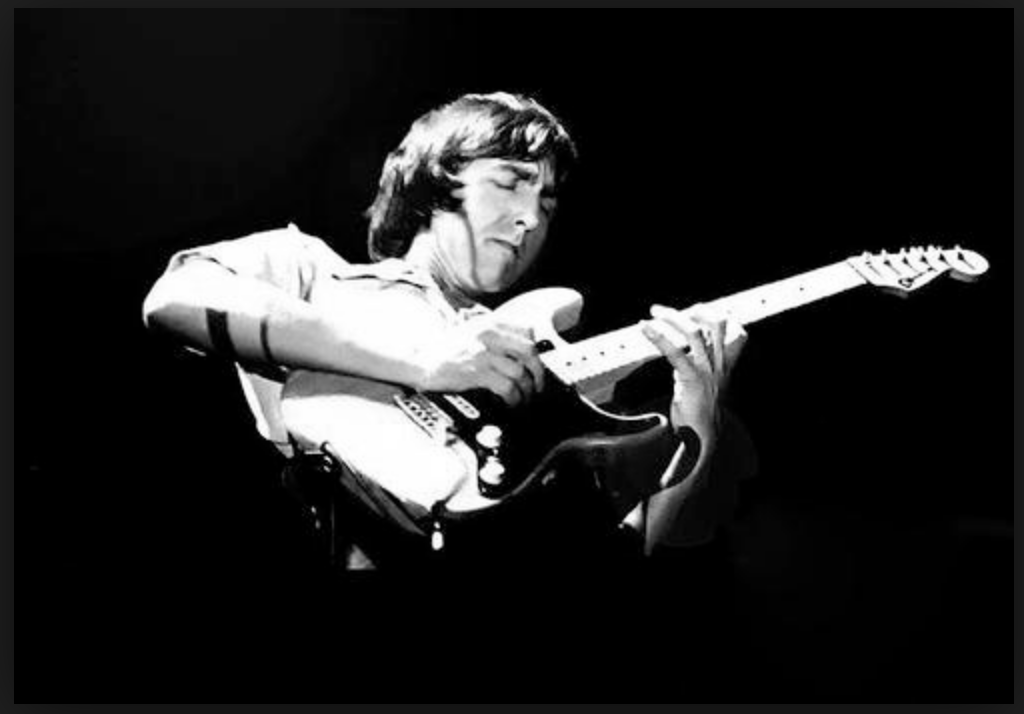 If you’ve played gigs with overly pedantic, pedestrian and predictable songs in the list, you may have experienced that embarrassing moment when a song is so similar to another that you actually take a left turn into the other song without meaning to. You might recognize the voice of experience here…many times I’ve launched into the bridge or B sec of a different song: hey, how come nobody followed me?

The clarity of hindsight makes it obvious that a rethink of the gigging paradigms was in order, but what’s played is played. Nowadays I try to involve myself with less pedestrian and repetitive music, which requires the focus it deserves.

…but what’s worse is the embarrassment when this happens not with songs, but with that collection of playing tricks every musician has rattling around like a quiver of semi-associated arrows…let’s just call it, collectively, “lick number 17″.

In order to facilitate the telling of this story, it’s necessary to set the stage:  I was hanging with Allan Holdsworth a lot at the time—I had attached myself to his ankle like a barnacle upon his arrival on LA soil, he was too polite to tell me to get lost, and we had become good buds—and like every LA guitarist, I was consumed by his brilliance.

Before his arrival this was a very stratified scene; after his first show at The Roxy (at which every noteworthy LA guitarist was present), the house lights came up and We The Guitarists all stared at one another for over a minute in total, dumbfounded silence…it was a very powerful moment to experience and I’ll never forget it:  Suddenly the stratification was gone and we were all brothers…our game had been thrown out the window and replaced by something so blindingly brilliant that not one of us could comprehend its nature or how it was even possible.

Anyway, on the Road Games album, Allan’s entry into the solo on Tokyo Dreams (a blistering salvo I could NEVER play) somehow got confused by yours truly with my very own licks, and I went to enter into a solo on a Top40 gig at the Ontario Red Lion hotel lounge with said salvo.  I got exactly three and a half notes into it, realized what I had done, abruptly hung my arms at my sides, looked at the ceiling and had a good laugh. If only there had been a camera to get the band’s reaction; even some of the businessmen looked away from the martinis and waitresses for a moment to see what had caused the ‘Stratus Interruptus’.

In fact, now that I think about it, this was the moment that caused me to distance myself from Allan…he was infecting my own musical identity to an unhealthy degree. It was well over five years later that I felt ready to get back in contact, and I’m still wary of listening to too much of his blinding brilliance to this day.  Last year I went to see him play live at the Baked Potato for the first time in maybe 20 years. I left that show in a hauntingly familiar mental wilderness I hadn’t experienced in two decades.
The Man will always be, in my humble opinion, The Man…compared to whom all the rest of us slobs are just puny humans.

The Will to Shine

The Will to Shine