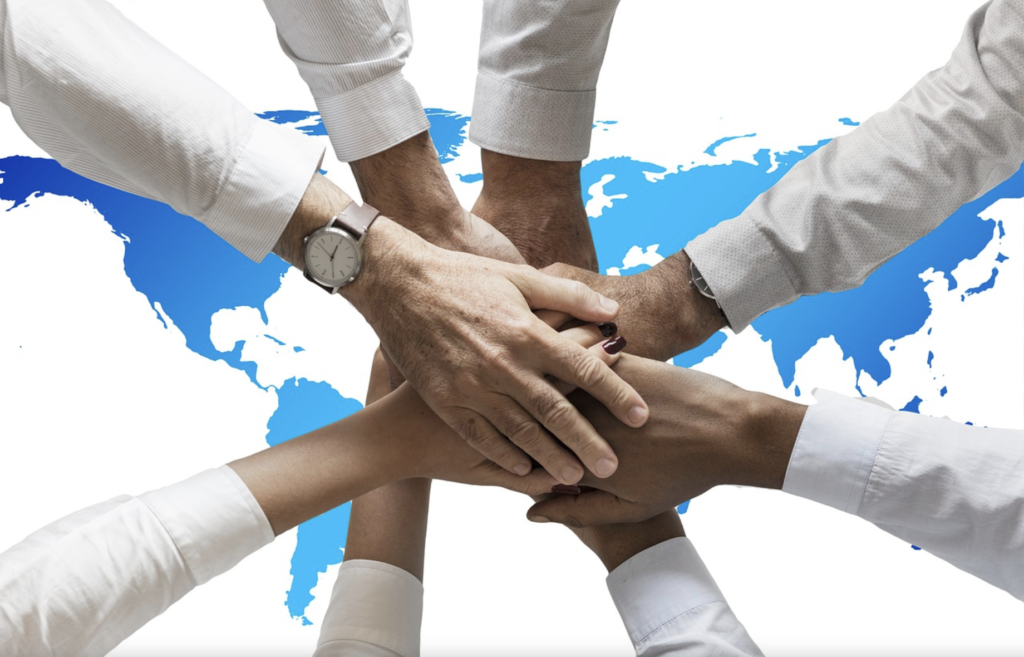 PART ONE IN A SERIES

We ain’t so different.

Yes, the conservative mind is a bit paranoid.  There is an intrinsically suspicious, cagey mindset that makes people adhere to the “I got mine, go get your own, go to hell if you need help” doctrine at the heart of the conservative political agenda.  And yet, most of my conservative friends (and I have many) are as generous as anyone, as neighborly as anyone and as likely as anyone to offer help to a stranger broken down on the roadside.

Liberals, on the other hand, don’t tend to be intrinsically afraid or suspicious, but though we’re known for being all about helping our fellow Americans, I know several fellow liberals who ain’t very neighborly and are as likely as anyone to deny spare change to a disabled panhandler or to pass that same broken-down motorist.

Now, it strikes some people as odd that I actively invite opinions from those with whom I know I disagree.  I don’t see this as odd; I see it as one of my few virtues—it comes from my Dad—and it enables me to have a perspective on Americans that too few Americans have, to wit:  We ain’t so different.  As individuals, we have close to the same ideologies and we’re close to wanting the same things; our divisions aren’t along the lines of ideology so much as along the lines of what we believe to be the truth.  This, in turn, results from the specific media outlet and flavor of bullshit to which we subscribe, what the special interests are behind that outlet, and what their agenda is.

This is not to say that conservatives and liberals aren’t different; it’s the conservative mindset, fed the right lies, that allows fear to feed hatred, resulting in the racism and demagoguery we’ve seen in some of our country’s darkest hours—the Civil War; the interment of Japanese Americans during WWII; McCarthyism and red-baiting; the abject subjugation of black people, which the Civil Rights Movement has only semi-successfully addressed (and which said successes are still perpetually under fire from American conservatism); one real estate mogul’s giddy suggestion to bar all Muslims from entering America during his far-flung bid for the Oval Office.  But don’t confuse conservatism, the socio-political phenomenon, with conservative, the person; I doubt that there is another example in American history of any political agenda being farther from what’s actually in the hearts of its constituents than current-day American conservatism is from current-day American conservatives—if only they knew—and this in turn means that most Republicans, aware of it or not, are effectively disenfranchised voters.  But I digress.

Modern-day American liberals, on the other hand, are a fairly gelatinous collection of invertebrates, having become so fuzzy and soft that we’re more likely to meditate on peace than take any substantive action that would actually make it happen.  We’re so empathetic and concerned about offending anyone that our voice is all but mute.  We’ve lost our spine; we’re so preoccupied with being nice and buying everyone an ice cream cone that we shrink from the battles we need to fight.  I’m glad we weren’t such toothless pussies in the ’60s, or in WWII.

But all of this is happening on the level of the collective, outside ourselves, not inside We The Individuals.  I have a very difficult time reconciling my experiences, in America or elsewhere, with the notion that people are as fundamentally different as we’re being conditioned to believe.  We’re just differently taught.

Jack and Bill can grow up playing baseball and football together, listening to the same music, learning to drive and facing the same issues and challenges in school, with girls, with parents, friends, drugs and alcohol, choosing career paths and all of the other endless challenges to existence that humans share in common.  And all of these things are more basal to human interaction and relations than politics.  But because Jack chooses Fox, he’ll be programmed by the most accomplished spin machine in human history to have the psychological triggers that make him fear and hate all the right things—such as liberalism and liberals—and because Bill watches MSNBC, he’ll become conditioned to regard conservatives as rabid, foaming-at-the-mouth gun nuts who are hell-bent on destroying everything he holds dear.
But really, Bill and Jack ain’t so damned different, nor do they want different things.  They just believe different things to be the truth.

So here we are, divided to the crippling point where liberals and conservatives think they have less common ground than common ground; obviously a comically absurd notion.  But absurd or not, the notion is vital to The American Way and its bottom line: all this great effort on the part of our “news” media to sensationalize the differences between our ideologies is in the name of driving up ratings and pricing on advertising airtime, to facilitate the sale of laundry detergent and cars, in due continuation of tradition.  Thus does American commerce lurch forward like Frankenstein’s Monster, heedless of the dangers being created and innocent of anything so encumbering as a conscience.

And it’s costing us dearly; our dialogue is dying.  These two mythological ideologies have become polarized and alienated from each other to the extent that not only are the two poles almost incapable of political discourse in government, but We The Individuals are starting to shrink from political discussion with each other, because we believe what we’ve been trained to believe by our respective bullshit outlets.  And when We The Individuals  stop having a dialogue with each other, that leaves  the media for us to listen to, at which point the U.S. is over.  End game.

If you’re wondering how to rebuke these effects, GOOD.  Start with asking yourself:  How many times have you underestimated someone and been pleasantly surprised?  I respectfully submit that if we take the risk and start talking about it, we’ll find that yeah, there are indeed some ideologues and nutjobs among us, but most of us are moderate folk, willing to listen to pesky things like facts; willing to ratchet things down a notch and discuss our so-called differences.  Let’s not let the nutjobs deter us from having the right dialogue with our countrymen.  We’ll have to talk long enough to look past the programming of the bullshit machines; long enough to peer behind the curtain to what’s actually driving that machine and long enough to honestly assess what drives us as the actual people we really are.

It’ll be a long conversation;  a difficult one.  But not impossible.  We just have to get over the fear of engaging each other in dialogue.  And Fear is of course the big destroyer, not only of individuals and dreams, but of nations.  And the subject of my next piece. 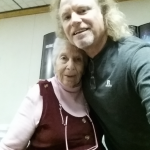 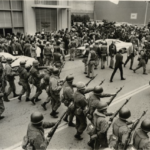