In the mid-late eighteenth century, a few cognoscenti among American settlers get tired of pretending to kow-tow to long-distance tyranny, decide that taxation without representation is bullshit, that sovereignty is a flawed concept of government, and declare independence from the monarchy of Britain.  They embark on an extremely far-flung venture, one of inventing a new government based on the revolutionary notion of equality among people, with full awareness that they were an ant going up against a megasaurus.  Their battle is against almost ridiculously superior numbers, but thanks to the wisdom of a certain General Washington, who sees that the way to win is not to beat them in battle, but rather to hold a defensive line while their supplies run out, things go the way of these curious American upstarts.  The American Constitution has an engine of birth, sending out small waves at first, but inexorably growing like any good idea must, eventually signaling to the common man all over the globe, “you CAN become!”

In the mid-late nineteenth century, a Yankee soldier holds his brother’s dying hand on a smoky battlefield, among heroes dead and living:  Making the notion of equality into the reality of equality is, unfathomably, tearing the country apart. Despite the civil war going the way of equality, Martin Luther King Jr. lies dead in a puddle on a hotel balcony over a century later.

A Virginia farmer’s son chokes his last gasps in a cloud of mustard gas in Europe in the early 20th century; a generation later, scores of Allied Soldiers (capitalized) lie dead along the coast of France.  For all the the striving, the sacrifices “upon the altar of freedom” and lessons learned at the cost of millions of lives, there are still those who would do Hitler’s bidding.  The sacrifice required to throw down naziism is so extreme, it creates an echoing cycle of generation-to-generation population bubbles in many countries.

In the 1960s, a generation of Americans rise up, enraged by a senseless and hopeless battle entered into on foreign soil for reasons that could not then, nor cannot from the perspective of hindsight, hold water.  In one of the more shameful scenes in the country’s history, American soldiers are disrespected to the point of being spat upon by American citizens when they return.

Four decades later, America is distracted from her video games, rap and lattes by a fracas in Iraq.  Instead of turning a scrutinizing eye on the issues and power brokers behind the conflict, what should by now be a cognizant country instead seems to have a vague sense of wonderment that a world outside her borders exists at all.

Yet through it all, America’s soldiers do the bidding of their superiors, right or wrong, futile and non-sensical or for a righteous cause, win or lose, live or die.  They have always laid their lives on the line—whether for Country or for Wall street—and always will.  America gets to sip lattes and become more entitled, fat, lazy, ignorant and incompetent with each generation; her Veterans (capitalized) get a single day on the calendar to receive the respects of an entire country and her history, while receiving only a fraction of the care they would actually need to deal with reintegration and mental health in any realistic way.

To all the Veterans, I THANK YOU for your service today, as should we all each and every day.  Without your sacrifices, America wouldn’t exist at all.

To all my non-veteran, non-military countrymen:  Make these sacrifices count.  Read.  Do some research.  Educate yourselves so you can vote less stupidly.  Become politically aware of how the system works; of what is real and what isn’t (you’ll have to categorically avoid TV news to accomplish this) and of what your country’s needs actually are.  Study and learn from her history, especially the last 75 years.  Then HELP to make her a better place for all.  She is us; we are Her.  She needs her public to be smarter, more aware and more engaged in the process of keeping her alive so that the blood shed by her veterans won’t have been in vain. 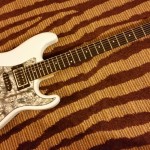 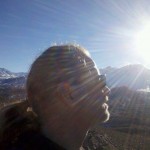