I found myself exploring the weeds surrounding this strange phenomenon. I bumped into some interesting realizations, which I though might warrant further airing and discussion, to wit:

I don’t get it either.

I recently toured with one of the top national act tribute bands, touring the country in their own Prevost H3, playing the same venues as the big name, real artists. It’s peculiar. Autograph signings, meet-and-greets, fans driving for many hours to see the show, the whole shebang…just like being with some of the majors with whom I’ve worked. And I’m very honored to have been thus honored, of course; some of the fans I came to know remain very real, very valued friends. There’s nothing about that that ain’t real.

I get that at the end of the day, it’s just business; what can and cannot be, according to the driving force of numbers. But a cover band (however good their show is) playing on Saturday in a major venue, followed the next Saturday by Ringo Starr and his All Starr Band?

…and I’m not dissing the performers or the management; hell, some of these acts are really, really good. And they pay the bills for the families involved; no mean task in today’s music industry landscape.

I just don’t get the raging popularity of it.

But then, I also don’t understand the deification of actual pop icons themselves; never have. I get that that’s what drives the whole “big star recording artist” thing…the PR mill back in the day made a fine science of that and still does—such as it can in these post-apocalyptic ruins of our once-great record industry. But if it’s the deification of an icon that makes people clamor for tickets, why would a fan who loves Beatles, or Zep, or Eagles, or Bowie, or AC/DC, or (fill in the blank) spend their time and dough for what’s basically a cover band on steroids?

To each his own, I know…but personally I’d much rather hear something genuine, even if it’s just a talented busker on a street corner somewhere. At least it’s real, it’s organic.

Music is truth, it’s alive, it’s expression. To take a great song and chain it down to always being “that” way…the way it happened to go down one day in the studio…flies in the face of that expression. It’s a portrayal of someone else’s still life. All the best cover bands I’ve been in have set the songs free to be whatever we thought Caliope wanted them to be that night, and sometimes we’d break out a pencil and re-invent them completely. If the song has good bones (strong root movement, good melody, definitive chords) it’ll fly with any treatment thrown at it. The mass-hysteria of a hit, the concept that this piece must always be THAT way, results from a familiar human abstraction. Something becomes cemented into a place of honor on high, glowing in the firmament of our zeitgeist, simply because mass-psychology—the lowest common denominator—makes it so. It has nothing to do with propriety, or what is actually possible, and worst of all, it kills reinvention. This is how religions work; one of my favorite quotes is “I’d rather have questions that cannot be answered than answers that cannot be questioned.”

As an arranger / composer / producer, music is to me a lot like scientific exploration, and the deeply spiritual quest that drives it. It is, as I’ve said many times, sculpting sound against a framework of time. There are countless sculptures that I love; productions whose playback will never grow old for me. Please understand that I do indeed get the love of a single, solitary way that a thing went down one particular day, AND I celebrate the fact that we can save this for posterity through recording technology, which wasn’t the case for a long time. Until the late 1800s, music came as a book that got published so that people could read it and interpret it in their own performance; the paradigm shift that occurred when we started selling recordings was huge, though it was a bit before the time of anyone still alive.

I hold that the mass love for a single arrangement and production of a piece shouldn’t dampen enthusiasm for other possibilities; it shouldn’t result in a cultural pathos that expects it to always be THAT way, however great. Every theatrical production of Shakespeare is different; nobody says “Hey, that ain’t how so-and-so’s movie did it!” …Well okay, there will always be some bottom-feeding mouth breather who does, but I like to believe that they don’t represent the way music lives in our hearts, either as a collective or as individuals.

To get back to tribute bands: For a fan, none of this probably matters; I get that. For someone who works like a dog through the week for their family and fights their own battles, like we all do, all of this is over-thinking it. They simply need to have a little break, to go out and see this great tribute band play some of their favorite music and bring back memories of “good ol’ days”.

What’s the sin, there, really? If a talent buyer can get a high-quality tribute act for a dime on the dollar the real thing would cost, making it possible to present that music in fairly good form to some folks who otherwise wouldn’t have the opportunity or dough to see the real thing, what’s the crime?

And the concept of chaining a song down to one, single, solitary, arbitrary iteration according to the way the wind blew it in the studio that day is, to me, dogma and repugnant.

What do you think?

THE DANGER OF COMPLIMENTS 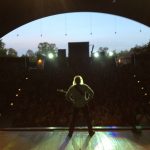 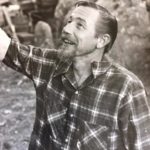 THE DANGER OF COMPLIMENTS